You are here: Home > About the Artist 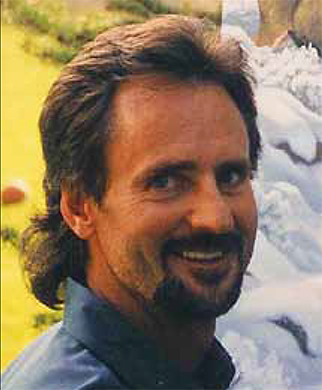 A love of the outdoors, nature, and hunting led Brent to painting what he loves most, wildlife. His countless experiences in the mountains, at a young age as well as the present, have contributed a great deal to his artwork.

Brent believes in not only capturing a portrait of the animal itself, but also depicting it in the beauty of its natural habitat. In this way you can not only study the animal but its way of life. Mood is essential in a painting, and he strives to achieve this – as well as the anatomical correctness of the subjects.

A dream of becoming a full-time wildlife artist has materialized as Brent’s work is becoming more and more sought after by hunters, wildlife enthusiasts, and art collectors. Both his paintings and prints have gained national attention.

Brent also believes in the protection of wildlife, and therefore lends his time and services to such organizations as the Foundation of North American Wild Sheep, the North American Elk Foundation, and the Mule Deer Foundation.

His desire to preserve the natural beauty of our wilderness through brush and canvas has gained Brent the recognition and respect of collectors across the country.